Toaru Majutsu no Index Wiki
Register
Don't have an account?
Sign In
Advertisement
in: Terminology, Magic, Mobile Fortress,
and 2 more

The Griffin Sky (グリフォン＝スカイ, Gurifon Sukai?, Yen Press: Gryphon Sky) is a series of unmanned mobile fortresses that belong to the United Kingdom. It first debuted in the series during Carissa's coup, the British Halloween, where she uses it to act as a defensive line, when the opposing forces from the Anglican Church arrived at Buckingham Palace.[1]

The Griffin (alternatively griffon or gryphon) is a legendary creature with the head and wings of an eagle, and the body, tail and rear legs of a lion.

The mobile fortresses are described as objects that have similar form to a hang glider. Despite this comparison they are still very large being almost 80 meters across, making them comparable to the size of a large passenger plane like Sky Bus 365. They are colored red, and possess silver metal parts that reinforce the important parts of their structure, making it look like armor.[1]

They are meant to be used to attack strongholds on the surface, so they cannot fly as high as an airplane and they are not as flexible or practical as the Coven Compass mobile fortress because they are unmanned spiritual items. To make up for this, the Griffin Sky mobile fortresses are the best in the United Kingdom in using linked attacks.[1]Their main form of attack is turning their own shadows into huge 20 meter red colored lances that floats just above the ground.[2] However, as the shadow and the Griffin Sky are connected, if the shadow can be taken down then so too will the Griffin Sky. This is what the Anglican Church and the Amakusa Christians use to their advantage, taking hold of the lance and twisting it, affecting the trajectory. Moreover, stopping the lance would also stop the mobile fortress itself.[3] There mobile fortress however is capable of severing the connection with it and its lance in case of it getting caught on a solid fortress. Regarding this, Kanzaki used magic to obstruct any magical cancellation the mobile fortress attempted.[3]

The Griffin Sky has two modes. One of them is automatic mode, where the Griffin Sky will to use the lowest amount of strength necessary to destroy a target. When switched to manual, the mobile fortress will always attack with the the strength level signaled by the one that controls them. One of the levels that are used for the Griffin Sky's manual mode is the anti-Windsor Castle level, implying that the mobile fortress is capable of damaging or even destroying the castle.[2]

During the Battle of Buckingham Palace, Carissa replaced the knights that had supported her during the coup after "punishing" them with the Griffin Sky instead, in anticipation of the assault by the Anglican Church forces after their daring move in overloading the Curtana Original. Carissa deployed about 20 of them at the same time.[1] They were first used against Touma, where he was severely injured by one of them in its automatic mode. Despite the already lopsided odds against Touma, Carissa would later switch them to manual mode.[2]

When the bulk of the Anglican Church forces that infiltrated London arrived at Buckingham Palace, they were forced to not only contend against Carissa and the dimensional debris she created with the Curtana Original, but the Griffin Sky mobile fortresses as well, one of which destroyed Sherry Cromwell's golem. The Amakusa Christians formed teams to take out the Griffin Sky, one of which was used by Kanzaki, grabbing its shadow lance and swinging it around. It later caught other Griffin Skies, and afterwards Kanzaki smashed them onto Carissa. Despite destroying 5 Griffin Skies in the process of her attack, Carissa survives.[3] The Griffin Skies were later all completely destroyed by Villian's combination attacks with the Coven Compass' large-scale flash spell. Carissa later stated that she originally intended to use the Griffin Skies to draw her mother out, and then using Wimbledon's Bunker Cluster-equipped cruise missile to attack her.[3] 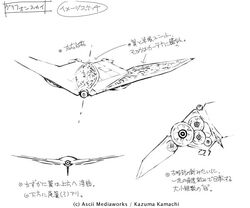