This is a list of characters from the light novel series Toaru Majutsu no Index and its anime and manga adaptations, as well as its spin-off manga, Toaru Kagaku no Railgun and its anime adaptation.

This chart does not include the characters from the ARCHIVES of both series. Click on the image to enlarge it. 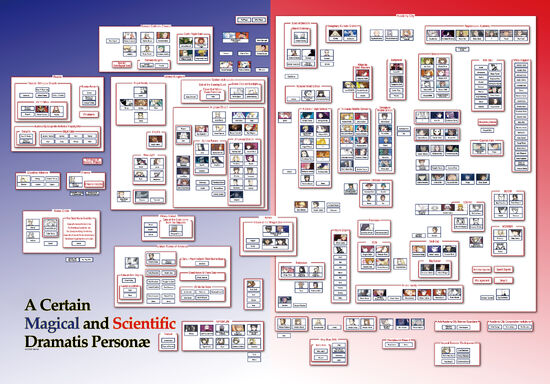 Retrieved from "https://toarumajutsunoindex.fandom.com/wiki/List_of_Characters?oldid=121265"
Community content is available under CC-BY-SA unless otherwise noted.