Níðhöggr (, Ji no Soko Hau Akuryū (Nīzuheggu)?, lit. "Evil Dragon that Crawls in the Abyss") is a dragon or serpent in Norse mythology that gnaws at a root of the World Tree, Yggdrasill.

In the world of Toaru Majutsu no Index it is one of the more prominent creatures summoned through the spiritual item Brísingamen by Freyja, a GREMLIN magician. It is a prominent feature in the GREMLIN invasion of Tokyo as a way to harass the populace in order for GREMLIN to distribute what people stood to gain. It is an attempt to stop people from uniting as what happened in World War III against Fiamma of the Right.[1]

It is described as a dragon with its wings attached to its forelimbs. Like all the summoned creatures of Freyja, it is made up of dark red thread. Its eyes aren't red but yellow and snake-like.[2]

The size of the first Níðhöggr was as large as the Supersonic Passenger Plane Kamijo Touma and the others were on,[2] and is estimated by Misaka Mikoto to be over 100 hundred meters long.[3] The size of Níðhöggr Vol. 02 however was apparently around the size of a regular train car, and after being "fed" by Freyja of her other summons became even larger,[4] though according to Mikoto not as large as the first one.[3]

Freyja can "give birth" to two of them. Unique to it is that she names the second one as Níðhöggr Vol. 02.[5] Great in strength was the dragon, for the flapping of its wings are described as being similar to that of the roaring wind, and it was swift enough to catch up to a supersonic passenger plane (though the plane wasn't in full speed)[2] and cut it in two.[6] Like all of Freyja's summons they are immune to pain, but can still be destroyed. Gravity and the laws of physics still affect the creatures,[5] as such they can lose balance when a part of them is destroyed, or can crush metal if they are large enough.[3] It is likely the two Níðhöggr can be destroyed by the Imagine Breaker.

According to Freyja, the first Níðhöggr she summoned was "improvised," though it is unknown what she meant.[6] This Níðhöggr can act independently on its own, and have been left instructions on which targets to attack by Freyja[7] and to rescue her when she cannot carry her duty of sealing Tokyo any longer.[3] Níðhöggr Vol. 02 on the other hand, has no obvious difference between the first one other than the size.

When Freyja first showed Níðhöggr Vol. 02 to Kamijou Touma, she uttered the chant "Cost 70. Black. Shift / / Níðhöggr Vol. 02!!" Here, it is already fairly large. It has been told in the narration that while Touma climbed along the wall to outwit Freyja, she had already fed it the other of her summons to make it grow large inside one of the cars of the train has been ripped apart by their battle previously.[4]

It is likely that the chant used to summon her was similar to the others, like: "Cost 1. Black. Shift / / Níðhöggr Vol. 02." On how the first Níðhöggr that Freyja "improvised" was summoned, it is currently unknown. 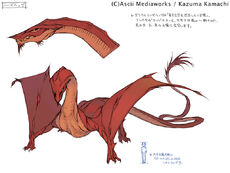 Freyja's Níðhöggr alongside a height comparison to a figure that looks like Kamijou Touma.
Add a photo to this gallery

Retrieved from "https://toarumajutsunoindex.fandom.com/wiki/N%C3%AD%C3%B0h%C3%B6ggr?oldid=285836"
Community content is available under CC-BY-SA unless otherwise noted.