The Palais des Papes (アヴィニョン教皇庁, Avuinyon Kyōkō-chō?, lit. "Avignon Holy See", Yen Press: Papal Palace), also known as the Palace of the Popes (教皇庁宮殿, Kyōkō-chō Kyūden?) is a historical palace in Avignon, southern France. One time fortress and palace, the papal residence was the seat of Western Christianity during the 14th century due to the Avignon Papacy. During the Academy City invasion of Avignon, a third of the palace is destroyed by the use of HsB-02's Earth Blade.[1][2]

The inside of the palace is vast, giving one a feeling of lonely isolation. There is apparently nothing inside the palace by early October of the timeline. The walls did not have any wallpaper, just bare stone. Other than the evenly spaced pillars holding up the ceiling, nothing was there.[3]

Regardless, the place still has some function to the Roman Catholic Church, as the Vatican–Avignon Ley line passes through there, allowing for the Document of Constantine to be used there.[4]

Avignon was apparently built around the Palais des Papes according to Itsuwa. At the end of the 13th century, there was a dispute between the Roman Catholic Pope and the French king. The winner of that dispute was the French king and he gained the right to order around the Pope at the time. One of his orders was for the Pope to leave his headquarters and come live in France, thus beginning the Avignon Papacy starting in the early 14th century. According to Itsuwa, apparently the French wanted to control the Pope in order to use the various privileges and benefits the Roman Catholic Church had. Avignon was chosen as the place to imprison the Pope. And the palace the Pope was imprisoned in what is now known as Palais de Papes, and reigned there starting from 1309 up until the last one left for Rome to continue his papacy in 1376.[4]

Palais des Papes served as the setting as Touma and Itsuwa's final confrontation against Terra of the Left. However, right after Touma defeated him, the cleanup operation that had been going all around the city caught up to them and the palace was attacked by the Academy City HsB-02's Earth Blade. The palace was partially destroyed, being turned into molten rock after the attack, though Itsuwa, Touma, and Terra of the Left managed to flee the scene without any further harm to their persons.[5][2] 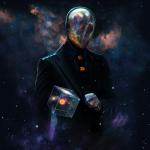