Seike is a boy that is very convincing in appearing as a girl. It is not until his confrontation with Misaka Mikoto that he confirms that he is a boy after assuming Mikoto was a boy as well due to her disguise.[3]

Out of all the members of Scavenger, he is the one who has the most normal clothes, wearing a simple seifuku or sailor school uniform and a short skirt. He has long black hair and a bored or tired look in his eyes.[4] By the time of his debut in Toaru Kagaku no Railgun later in the timeline, he is shown changed his uniform to winter clothing and is now being barefoot at all times.

On his tongue is a stylized tattoo or mark of a skull with horns and chains, which is apparently the symbol of Nakimoto Rizou.[5]

He is much more low-key than his teammates, and as such doesn't speak much, befitting his bored appearance. Despite this, he can be still be quite mischievous as shown when he held out his tongue towards the DA operator of the Tarantula mecha and waved it, and even grinning and yawning when he stopped the machine.[5] Seike enjoys cosplay.[6]

Like all members of Scavenger, he does his job of killing people and destroying things without remorse or guilt, willing to eliminate those who get in the way.[7] However, Seike doesn't share their special hatred for teachers, and only pretends to agree with their views to not disturb the team's harmony.[6]

He uses the first person pronoun "ore" to refer to himself, which is often used by boys, an indication of his true sex.[3]

Seike was the last person to join the Scavengers.[6]

They are later seen again razing the entirety of DA's headquarters in Sector 3's warehouse district, apparently killing many people in the process. Despite this, some members of DA managed to get away from them. Seike notes to the other members that the place they destroyed is not the only target location. He comments that there is enough for everyone and asks if they saw the person carrying a bag big enough to carry a girl inside. They later track the surviving DA down using Leader's Predator ability.[9]

Scavenger later comes upon a small contingent of Anti-Skill. Seeing Anti-Skill as in the way, they kill them as well, with Seike crushing a man's throat with his bare hands, as his group taunts the Anti-Skill still battling DA over the phone.[10]

Scavenger later arrives at the height of Anti-Skill's battle with the remnants of the DA contingent that Scavenger hunted down. His first move is to destroy one of the Tarantula mecha's String Juicer discs. After an opening salvo of explosive paper airplanes on the Anti-Skill and DA by Naru, Seike and Leader are the ones to face off against the Tarantula mecha. Much to the Tarantula operator's horror, after Seike holds out his tongue, the operator realizes that they are Nakimoto's "cleaners". Enraged, the operator attacks them. Seike however simply uses his powers to prevent the mecha from moving, surprising the man. Seike hears and says that his power isn't Psychokinesis but the ability to control the coefficient of friction within a meter of himself. He states that the machine can't break a wall of air with the coefficient of friction set at max, and that any material that hit it will melt as the energy is converted to heat. After much urging from his comrade, the operator is forced to make a retreat away from them with his mecha.[5]

As the Tarantula moves away, Leader takes a large magnum from her backpack and proceeds to toss it to Seike. He looks hesitantly at the weapon for a second before realizing what he is being told to do, but in the end reluctantly agrees. After briefly complaining about how using the weapon hurts, something that falls upon the deaf ears of his teammates, he fires the weapon and launches himself at an incredible speed, catching up to the Tarantula almost instantly. He then reduces the ground's coefficient of friction to zero, causing the vehicle to spiral out of control. After Esther Rosenthal and Hitokawa Hasami save the falling Misaka 10046, Seike and the other members of Scavenger are shown standing on top of the Tarantula facing towards the duo.[11]


Seike remains a spectator for Naru's fight with Yomikawa Aiho and Hasami, merely comforting Yakumaru when Leader chastises Yakumaru for not making sure to kill the Tarantula's pilot after freezing him with her coolant.[7] Once Accelerator appears, Seike takes part in Scavenger's combination attack, being launched by Naru to remove the coefficient of friction around him so that he wouldn't be able to move. Like all the other Scavengers, Seike is terrified when Accelerator survives their attack, even more when they finally realize he's the #1 Level 5.[12] Seike is the first Scavenger to be taken out by Accelerator, being slammed into the side of a truck and knocked out by Accelerator "playing" with his bioelectricity.[13]

Seike and the rest of Scavenger are sent on a mission by their liaison to recover the cyborg doppelgänger of Kuriba Ryouko.[14][15] In the manga, he waits outside while the others stop at a public bathroom.[14] In the adapted episode, he is seen sitting on a sofa in their base.[15]

They go to the location where Leader saw the doppelgänger, but find that she has moved on. They find her in a street and Seike attacks her by using his power to send a truck and metal panels at her. He then kicks her down towards Naru and Yakumaru who then capture her. Leader notes that the doppelgänger had previously been with a similar-looking girl (the original Ryouko) and orders Seike to check it out. Seike complains but follows the order. He finds Ryouko and discovers that she's human, and is about to go when he is found by Misaka Mikoto.[16][17]

Seike allows Ryouko to run away and then challenges Mikoto (who he initially thinks is a boy) to a fight. Seike's power allows him to deflect the thrown steel beams and to use them as grounds against electric attacks. He manages to knock Mikoto's hat off and closes in for the kill, but she escapes to the air. He realizes that she's a girl and the #3 Level 5 just before she shocks him unconscious.[3][17]

Leader manages to convince Mikoto to work with them against the doppelgänger, after which she orders Naru and Yakumaru to collect Seike.[6][18]

Seike regains consciousness and, along with the rest of the group, goes to a warehouse to meet their client. The doppelgänger (led there by Mikoto) bursts into the warehouse and Leader uses the threat of the doppelgänger to coerce the client into signing off on the job. Seike helps this coercion by using his power to prevent the client's van from driving away. After this succeeds, Scavenger flees the warehouse on their special vehicle.[19][18]

However, Leader changes her mind and decides to have Scavenger help Mikoto against the doppelgänger. When Mikoto is unable to save Ryouko (who is falling from an airship), Leader locates Ryouko and has Seike and Naru save her in a miniature aircraft.[20] Naru asks what to do with Ryouko and Seike proposes covertly sending her to their client. They then descend in a parachute.[21]

Mikoto defeats the doppelgänger, but Ryouko is shot afterwards during a confrontation. In the manga, Leader has Seike and Naru fly to the scene to take Ryouko to hospital.[22]

After the incident is over, Seike takes part in a meeting where they discuss how to improve the team. Naru proposes that they recruit a fifth member who fits the colour yellow, so that they are more like a sentai team. Seike jokingly suggests taking this further by making their clothes out of Naru's power so that they can transform. Naru takes this seriously and tries to strip him. Seike uses his power to avoid her attempts, but approaches the time limit for his power. He tries to escape through the door, but is caught by a trap that Naru set up. He is stripped, but then takes revenge on Naru. While Seike puts his clothes back on, the group receives a call from their liaison. Leader convinces the liaison to return their rank to normal, causing the others to high-five each other in celebration.[23]

Seike and the others take part in a jailbreak trial, a competition to test the security of a private juvenile hall by attempting to break out a fake prisoner. Seike has to lend his spare uniform to Naru, as the hall's AIM Jammers leave her naked (since her clothing is held together by her esper ability). After getting through the exterior wall, Seike asks Leader what they should do. Leader orders Yakumaru to support Misaka Mikoto's group (so that they can eventually steal the prisoner from them) while the rest of them hide by the exit.[24]

While waiting, Leader is worried about what Mikoto will think of them after they steal the prisoner. Naru asks Seike what she's worried about and Seike suggests that she's thinking of how to spend the prize money. Later on, they hear an announcement that the trial is over and are shocked.[25]

Seike's ability, Stick Slip (, Masatsu Zōgen (Sutikku Surippu)?, lit. "Friction Fluctuation"),[2] can control frictional coefficients within a meter of himself, though at a higher level than Amime. When maximizing air friction (resistance), even a 120-ton mecha cannot move through it since it loses kinetic energy to heat as it tries. Logically, if a bullet tries to move through the affected medium, it will simply heat up and melt instead. Indeed, Seike boasts that any material will melt before passing through the air,[5] and these effects of his on anything he touches can only last for several seconds.[6] However, Seike's ability can be used for three minutes in a row and no more.[23]

An application of his ability is to turn the kickback of specialized magnum into thrust when he removes friction. This is enough to reach the Tarantula despite having been moving a considerable distance away. Though, he seems to hate using magnum as he claims that it hurts to do so.[11]

Seike can also use special vehicles (created by Naru out of paper and fueled by Yakumaru) to carry himself and his allies. The ones shown so far are a sledge and two different types of plane. Seike acts as the pilot and presumably uses his power to also contribute to the vehicle's functions.[19][20][22][18]

Also, it is unknown how, but he can also break a grown man's neck with his bare hands.[10] 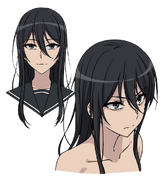 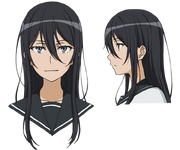 Retrieved from "https://toarumajutsunoindex.fandom.com/wiki/Seike_Taroumaru?oldid=496391"
Community content is available under CC-BY-SA unless otherwise noted.