As the heatwave disperses, Academy City enters a recovery stage. The communications infrastructure in the city is still down from the chaos, causing the city to fall into lawlessness as Anti-Skill, among other groups, lose their grip on the situation. Thus, the girls who still believe that Kamisato Kakeru can come back, the Kamisato Faction, laid waste to the city as they pleased!

The pursuit expert, the "Tracer" Ellen, the shape-shifting pirate girl who specializes in close-quarters combat, Luca, and the ghost girl who freely uses the Internet to manipulate the public, Maya. As Kihara Yuiitsu uses her "right hand" as a shield, the girls are ordered to eliminate Kamijou Touma, but at their core they are unchanged. They will bring back the one in their thoughts. And therefore, with that belief, they push on.

Touma continues to escape the wrath of the girls who hunt him down with with everything they can. On his side is the only member of the Kamisato Faction that has decided to follow him, the UFO girl Fran.

However, they cannot afford to make any mistakes.

Under this situation of mathematical odds, it is the time for Kamijou Touma to show his true essence.

Stop these girls' sorrowful rampage, so that this conflict would meet its end.

In a limited release booklet from the GAMERS store accompanying the release of the novel, there is a short story about Uiharu Kazari and Shirai Kuroko going to School District 1 to study and then finding a book about video games there. Here, Kazari discusses final bosses in video games relating to the real world trends. It ends on Kazari being confused about two candidates for the final boss, a great witch in a magical kingdom and an immortal hooked up to a machine, as she is hard-pressed to believe that there are people like in that real world waging a secret war. 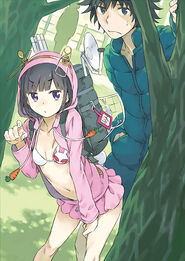 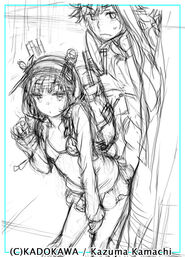 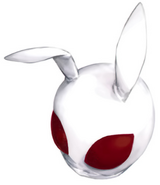