After rescuing the isolated Fran, Tsuchimikado has barged in. However, Aleister will never let them get away. While the magic, Karma, attacks Kamijou and the others, they march into the stronghold known as the Windowless Building!

Enshrined within the headquarters of Science is the ambition of an immortal magician that spans beyond a hundred years. It undergoes an infinite amount of forms, and bares its fangs without mercy.

Tsuchimikado Motoharu and Fran have become targets of the leader of Academy City. After they stumble into Kamijou Touma's room, they attempt to escape from Academy City as a last resort. However, the man in the green surgical gown certainly will not let them get away. His poisonous fang, a magic called "Karma", strikes Tsuchimikado's sister Maika, consuming her in the process. To overcome this situation, Kamijou and Tsuchimikado decided to attack the stronghold of the General Superintendent of Academy City, the Windowless Building.

What awaited them inside was a vast, nihilistic space as if symbolizing the ruler's mind.

Kamijou charged forth heading to the top, but suddenly a strange, cat-eared beauty in mourning garb named Moina Mathers invites him to experience the same Golden Path that the immortal magician walked. Along with the mystery of the Imagine Breaker...

Finally the curtain is drawn.

Thus begins the tale of Aleister Crowley, a "human" with a clear consciousness.

In a limited release booklet from the GAMERS store accompanying the release of the novel, there is a short story about Kamijou Touma and Index fighting over a kotatsu, ending with Touma getting kicked out of it. 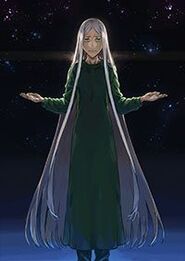 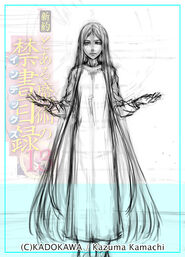 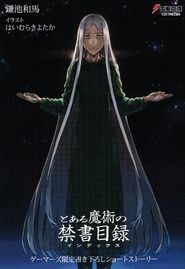 Retrieved from "https://toarumajutsunoindex.fandom.com/wiki/Shinyaku_Toaru_Majutsu_no_Index_Light_Novel_Volume_18?oldid=183355"
Community content is available under CC-BY-SA unless otherwise noted.