For some reason, Hamazura is wearing a non-detachable, full-body strengthening suit. In confusion, he is attacked by Accelerator!? Additionally, being shamelessly reverse sexually harassed by Aleister who has become a silver-haired girl, Kamijou is also thrown into confusion!?

The overthrown General Superintendent of Academy City changed into the form of a beautiful girl, what manifested before Kamijou's eyes is―――!?

Waking up, Hamazura was fully covered in a special suit, that wouldn't come off, from head to toe. In the middle of getting rolled up in some kind of crime downtown, and even having made an enemy of Accelerator, he is burdened by new worries. That being a small baby cast away on the roadside. Engraved on the tag on its wrist were six letters, starting with an L? As a result, will the idiot delinquent Hamazura notice the miniskirt Santa as his big breasted lover, Takitsubo Rikou?

At the same time Kamijou is in a predicament. He didn't know what it was, but he was getting sexually harassed by the extraordinarily unpopular Aleister Crowley turned extremely beautiful girl. The other party is his longtime enemy, but is now a heavenly beautiful girl, what is he to do!?

In a limited release booklet from the GAMERS store accompanying the release of the novel, there is a short story about Kumokawa Seria and Kumokawa Maria, concurrent with the events of the novel. Maria visits Seria, worried for Tsuchimikado Maika who is moving away all of a sudden, a reference to the events of the previous novel.[2] Seria is dismissive with her concerns until it is shown that Maria only worried so much because this happened to her teacher Kihara Kagun as well. Maria says she has gotten over it, and hopes Maika doesn't carry a burden like her teacher did. She does wish however to have had a Christmas party doubling as a goodbye party for Maika.

Suddenly, Hamazura Shiage is jumping from building to building in the Processor Suit, passing by the Kumokawa sister's apartment, still trying to escape. Seeing his attire makes Maria think of her teacher. 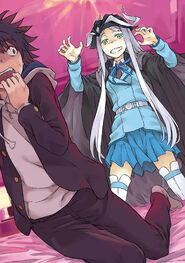 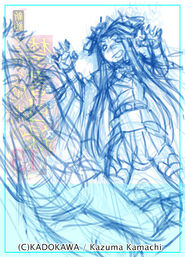 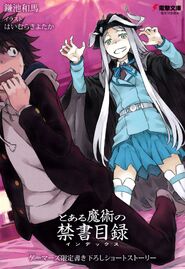