In Academy City, Dark Side collapses.

The new Board Chairman Accelerator will...

A fight to the death between the Dark Side and Anti-Skill. Kuroko takes a step into the Academy City's darkness!

Shirai Kuroko expected to spend an alluring Christmas with her beloved Onee-sama, Misaka Mikoto, but the next thing she knows, she's with a middle-aged Anti-Skill guy with a combover and glasses!?

On that holy night, Kuroko of Judgment is tasked with Operation Handcuffs, a plan meant to crush all of Academy City's Dark Side. Hamazura Shiage and Takitsubo Rikou are on that list. While the chaser and the chased are forced to fight to survive, both of them sense something odd about this plan.

The key to breaking free of this situation is the mysterious phrase "Academy City's Greatest Taboo"! 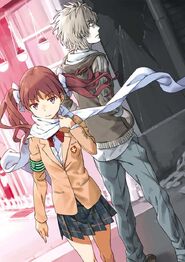 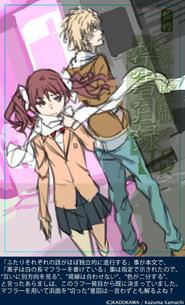 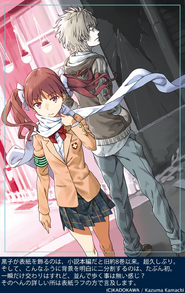