Who will win the prize money of one billion yen!? Jailbreak Trial, start!!

The new Reformatory in Academy City is the stage for an event, the Jailbreak Trial. The challengers who are able to evade the state-of-the-art defense system and escape from the prison will receive a prize of one billion yen.
Mikoto decided to participate in this event together with Kuroko, Uiharu and Saten, however the defense system was quite troublesome. Moreover, various forces participate in the trial with their own motives... 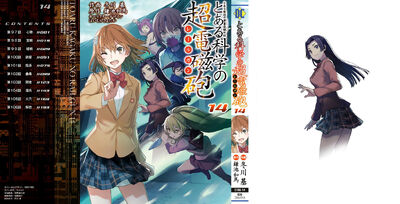