Will Mikoto get her revenge!? The Jailbreaker Arc of rampaging and awakenings heats up!!!

With the second juvenile hall finally under their control, the purpose of Shundan Kimi and her colleagues who abducted Uiharu is to have her create a global network to disclose the esper development technology hidden by Academy City to the whole world. Behind Kimi’s plans which can make the entire world fall into chaos, lies a dark event which the girls once experienced...

Uiharu searches for an escape plan while following Kimi for the time being. Saten intrudes on the juvenile hall in order to save her. And Mikoto rushes to the rescue. However, is there any way to counter Kimi, who wields the dragon’s power which can repel even Mikoto...!!? 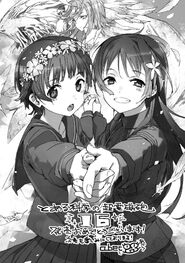