Endymion a great space elevator that pierces the sky of Academy City will begin its grand opening, while Meigo Arisa, an up and coming idol, awaits the results of an auditint she had entered in order to be the one to sing the image song for it in its opening. She later meets the queer duo of Kamijou Touma and Index, and later gets dragged into a conspiracy relating to her voice.

When all cross paths, the story of the miracle begins.

In Academy City, the completion of the space elevator Endymion is come at last. After meeting Kamijou Touma and Index, a certain singer by the name of Meigo Arisa is pleased to tell them that she had passed the audition. But suddenly, the magic side shows up to attack Arisa. Exactly what is their aim with the girl!? Science and magic, space and the earth, all of Index and Railgun cross paths in the full adaptation of the Miracle animated movie!! 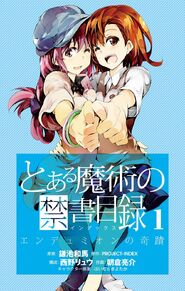 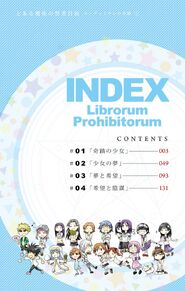