In the aftermath of Touma's fight with the magician Stiyl Magnus, Touma flees the dormitory with a gravely injured Index. Touma turns to the 103,000 grimoires to save Index, but while there is a way to heal Index's wounds, she points out that Touma is unable to perform the magic needed. In order to find someone else that has not been exposed to the Power Development Curriculum, he heads to the Tsukuyomi Residence to look for his teacher.

Although surprised to see her student at this time of night, Komoe welcomes Touma, only to be shocked upon seeing someone badly injured on his back. Soon, Index enters what she calls "John's Pen Mode" and warns them that Index will die of blood loss within 15 minutes if nothing is done about her injury. However, it requires Touma to leave the premises for the meantime.

A frustrated Touma heads out as Index guides Komoe on what she needed to do after laying down the necessary magic circle and several items that represent the different objects in the room, Index and Komoe included. Afterwards, the ceremony began, and thanks to Komoe's careful obedience to Index's commands, the latter was able to close up the wound on her back. Index then collapses and takes the rest of the night to regain the stamina she lost during the ordeal.

Touma returns the next day to check up on Index, who has recovered substantially but is still feverish. Komoe, on the other hand, allows Touma and Index to talk as she heads to the grocery. Index soon tells more about her background as someone from the realm of magic, particularly about the Anglican Church and it's magic division Necessarius, which is tasked to watch over her. Touma, however, slowly builds up frustration as Index seems to reject Touma's intention to help her. When he vents it all out, he scares Index to tears, ultimately earning Touma a bite to the head.

Meanwhile, Index and Touma are being watched from afar by Stiyl Magnus and his companion Kanzaki Kaori, who was mentioned to be responsible for Index's injury earlier. While they are alarmed at the possibility of having variables that they haven't predicted, the sight of Index's joy made them insecure about themselves.

Three days later, Index is fully recovered. She is joined by Touma on a visit to the hot springs, and Touma notices how she has gotten accustomed to him. On their way, Index mentions that she had just arrived in Japan a year ago, and she doesn't remember anything about the rest of her life, something that alarms Touma so much. After being chomped on by Index once more, Touma chased around Index for some time, only to give up after thinking of the misunderstandings it would cause.

Soon, he finds himself in an empty intersection, a sight that Touma finds unusual in this time, and was soon accompanied by Stiyl's companion, Kanzaki Kaori, who demands Touma to surrender Index. Touma strongly refuses her verbal demands, but Kanzaki's masterful handling of her sword is slowly breaking down his resolve. Unlike Stiyl's fire magic, Kanzaki's Nanasen was able to pass through Touma's right hand with ease. Touma ends up heavily injured as Kanzaki uses her sword skills, despite being a magician, to defeat Touma.

Although badly wounded by Kanzaki's attacks, Touma points out that Kanzaki has been holding back on him, and tells Kanzaki that she should have been using the power she just used to defeat a powerless being like him to protect Index instead. Kanzaki's resolve is shaken by Touma's words, and she soon voices out her regrets for attacking Index, who she calls her friend. 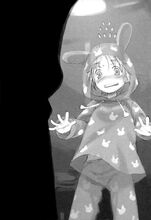 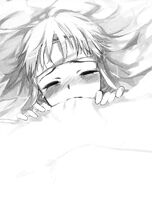 Index on the mend 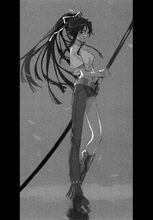 A Saint appears
Add a photo to this gallery

This chapter is adapted into the latter part of the second episode and the entirety of the third episode of the first season of the Toaru Majutsu no Index anime series.

Retrieved from "https://toarumajutsunoindex.fandom.com/wiki/Toaru_Majutsu_no_Index_Light_Novel_Volume_01/Chapter_2?oldid=204186"
Community content is available under CC-BY-SA unless otherwise noted.