Orsola Aquinas Rescue Arc
Toaru Majutsu no Index Light Novel Volume 07 was first published on November 10, 2005, and features the Roman Catholic Church for the first time in the series as antagonists.

Touma, Index and Stiyl are sent to 'rescue' Orsulas Aquinas from the Amakusa church who kidnapped her and stole the 'Book of Law', a combination that could upset the whole balance of the Magic side. Needless to say, it's all a ploy by Roman Catholic Church to silence Orsola Aquinas since what she knows is too dangerous, and the RCC is willing to screw over members of Necessarius and Academy City to get the job done. In the end it turned out to be a fake interpretation that the author of the Book of Law (Aleister Crowley) inserted, among the other many hundreds there are, and after the fight's over Laura Stuart recruited Aquinas into the English Anglican Church. Stiyl suspects there's some sort of motive behind that move of Laura's, but couldn't figure it out, since to him, "there's no benefit like obtaining someone as powerful as a saint through this deed, unlike taking in the Amakusa church". Later it suggests that Laura did this to get leverage on Kamijou Touma, by taking in friends and allies of his into Necessarius so he'll be more willing to work with her if events require his help.

Written by a legendary magician, an angel summoned from beyond creates an astounding Grimoire: "The Book of the Law". And one of the persons who is capable of decoding its contents is a nun.

In Academy City, Kamijou Touma spends the rest of his days doing nothing, but is soon faced with an "unfortunate" mission: for some reason, he has to participate in a rescue mission.

Moreover, the perpetrators are the "Amakusa Style Church", a denomination where Kanzaki Kaori has once served as a Priestess!

Index is a member of the Anglican Church, which is now at good terms with the Roman Catholic Church, and Kanzaki Kaori is a former leader of the Amakusa Church.

When the three magical organizations and Kamijou Touma cross, the story shall begin! 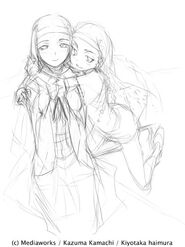 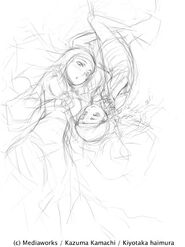 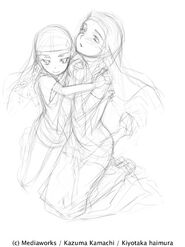 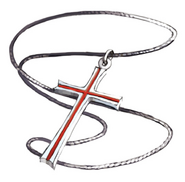