SS2 tells the story of several events that cover the first ten months of the present year of the story's timeline. It covers from the third Friday of January to the second Friday of October, and involves stories from both Magic and Science sides.

Kanzaki Kaori, who chases after a jeans-cutting demon. Kamijou Touya, who meets a peculiar magical herbs seller. The #7 Level 5 that possesses a complicated power. A certain Misaka, who finds himself in the way of a girl whose death is certain. Shirai Kuroko, who gets angry at a beauty artist for ruining her hair. A kind boy who missed his chance of becoming a "Magic God". Kuruwa-chan, who falls in love with a certain Hanzou. A boy hacker who challenges Uiharu Kazari. Sunazara Chimitsu, who longs for a tall, slender woman. The Misaka Sisters, who are obsessed with fortune-telling based on blood type. Sherry Cromwell, who wakes up from something. Hamazura Shiage, who goes on a movie date (?!) with Kinuhata Saiai...

Once again, let's see once again both old characters and new on the spotlight!

This is the second volume of the original story compilation series... Toaru Majutsu no Index SS2! 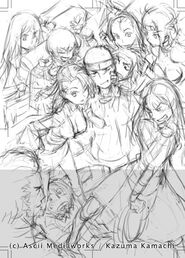 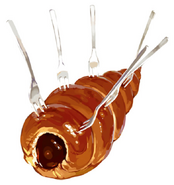