Misaka Mikoto and the Sisters

The volume is adapted from the third Toaru Majutsu no Index Light Novel, completely skipping the second volume. This would be the first time the manga would skip an entire novel, a move which would make it infamous.

The tankobon details the first half of the Sisters Arc, where Touma tries to return to his daily life in Academy City after his memory destruction and later meets Misaka Mikoto again, and shortly after, her Sisters. The volume ends just after Touma goes to confront Misaka Mikoto herself for answers.

Radio Noise. That is the sorrowful secret of a certain girl...

Kamijou Touma, Misaka Mikoto ...and Misaka Imouto... Before that encounter, the story begins——!! The start of the tense Radio Noise Arc!! 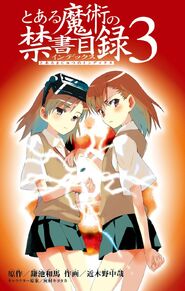 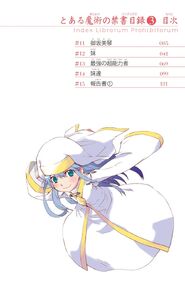