The tankobon details the first part of the Kazakiri Hyouka Arc. Summer break is over, and a tired Touma returns to Academy City after a brief sojourn from the outside. Touma must confront his anxiety in dealing the new day due to his memory loss, all the while Index gets into trouble after she follows him to school, where she meets a bespectacled girl calling herself as Kazakiri Hyouka, who claims to be a transfer student. Meanwhile, a magician from the Church of England, known as Sherry Cromwell, breaks into Academy City, allowing the mysterious Chairman of the City an opportunity to play his hand on controlling the singularly esoteric Imaginary Number District through her by using the boy with the Imagine Breaker.

The transfer student is the Counter Stop!? Kazakiri Hyouka enters!!

One transfer student and one invader... what will they bring about in Academy City!? 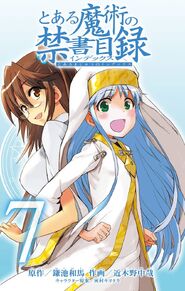 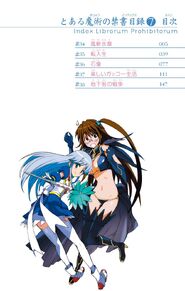