The tankobon details the first part of the Orsola Aquinas Rescue Arc. Politics run between the Churches of the magic side, and Stiyl Magnus is ordered by Archbishop Laura Stuart of the Church of England to get Index and her partner to aid him in his mission: to help the Roman Catholic Church recapture Orsola Aquinas, a woman purported to have found a way to decipher the mysterious Book of the Law, and defeat the Amakusa-Style Remix of Church, the former religious organization of Kanzaki Kaori, which she still holds dear. As Touma comes to Index's aid after being kidnapped by Stiyl, whom he has forgotten, she meets up with scatterbrained nun en route. This fateful meeting sets-up a chain of events that reveals the true nature of the Roman Catholic forces led by Agnese Sanctis, and the truth behind the Amakusa Church's actions.

Where is the sister who was captured together with a grimoire!?

The grimoire written by the famous magician, the Book of the Law, was stolen along with the Sister that knows how to decipher it! Kamijou Touma heads to the rescue...!? Highly popular! Science x Magic school action!! 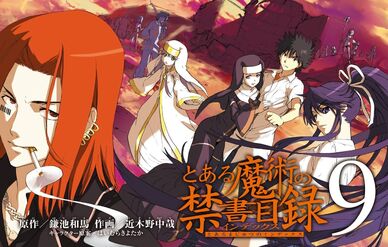 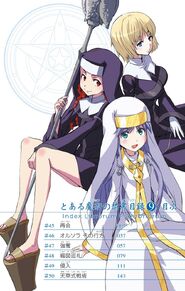