After Himegami Aisa becomes injured by Oriana Thomson in a case of mistaken identity, Touma swears to take down Oriana, and the group doubles their efforts in trying to find her. With the help of Orsola Aquinas, they are able to pinpoint the true location of where Oriana's last stop in the city, and there does battle with her. The group hopes to stop the activation of the Croce di Pietro after beating Oriana, but not all is what it seems and nothing is that it easy.

The Croce di Pietro is finally activated!! Is it too late to save Academy City!!?

The battles surrounding the Croce di Pietro intensifies! Oriana continues to try and create the absolute reference point for a better world, while Kamijou Touma attempts to protect the dreams of the people important to him. This is where the beliefs of two people collide, the time limit is approaching! 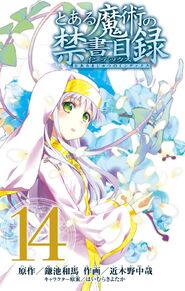 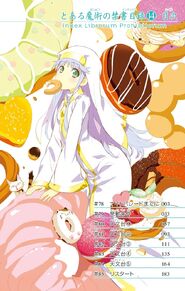