Single player
Multi-player
Toaru Majutsu no Virtual-On (とある魔術の, Toaru Majutsu no Den'nō Senki (Bācharon)?) is a video game adaptation and sequel to the crossover light novel by Kamachi Kazuma, which featured a crossover between the Toaru series and the arcade game series Dennou Senki Virtual On, commemorating the latter's 20th anniversary. It was announced at the 2017 Dengeki Bunko Spring Festival, and released for the PlayStation 4 and PlayStation Vita on February 15, 2018.[1][2][3][4][5][6]

It marks the first new Virtual-On video game in over 15 years.[5] On March 21, 2019 SEGA announced that it will halt both physical and digital sales. The company did not cite a specific reason for the sudden suspension of sales other than “various circumstances.”[7]

According to Watari Juro, producer of the Virtual-On games, the reason for the collaboration project was that since the Virtual-On series has been dormant for more than a decade, they needed entice previous players of the Virtual-On game as well new players. For the older players they wanted something that could surprise them, and this is where the "Toaru" series comes into the picture. For newer players, it is a way to stand out of the crowd as there are now many new robot fighting games and for those who don't know of the game's history would only look at the game as something of "more of the same".[8]

Despite the initially cold response from both "Toaru" and Virtual-On series fans, Watari Juro was confident that they were heading to a good direction after the release of the crossover novel. According to Watari Juro, they chose to have the mecha that were used in the second game Cyber Troopers Virtual-On Oratorio Tangram (which is later reflected on the crossover game's own logo) for the collaboration as it just had the right amount of mecha in the game. Who would pilot which mecha wasn't decided until Watari Juro could consult talk with Kamachi but he always had a vague thought that Kamijou Touma would pilot Temjin. When designing the mecha, since Index was the main heroine, Katoki Hajime suggested in giving her a mecha with her silhouette, ending up with the unique Bal-Bados (BAL-RlooN) mecha Index pilots. While developing Watari Juro felt it necessary to have the game be released on a home console first instead of the arcades.[8]

J.C.Staff, the animation studio that worked on all animated Toaru Majutsu no Index and Toaru Kagaku no Railgun content was later tasked on animating the promotional video for the game,[9] which was first later released on September 19, 2017 in the 2017 PlayStation Press Conference in Japan.

The theme song "Get Ready!", composed by Iuchi Maiko will be sung by Iguchi Yuka and Satou Rina as their respective characters, Index and Mikoto. The game's soundtrack will be composed by Koshiro Yuzo of 7th Dragon fame.[9] The soundtrack was later released on the same day as the game on the Toaru Majutsu no Virtual-On Original Soundtrack CD, bundled together with the PS4 limited edition of the game.[10] 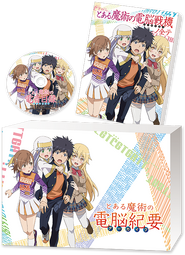 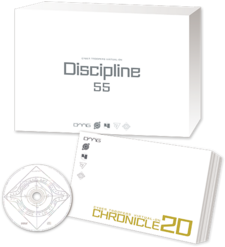 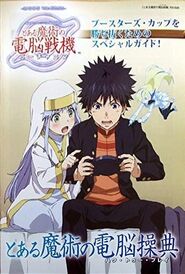 To commemorate the release of the game, a few characters from the game appeared in a promotional event for Super Robot Wars X-Ω. Kamijou Touma, Index, Misaka Mikoto, Shirai Kuroko, and Accelerator, with their respective Virtuaroids, all appeared as super rare units that can be obtained in the game and become playable. This marked the first time the Toaru Majutsu no Index franchise crossed over with a Super Robot Wars game.[13]

In story in-game, the characters somehow end up in the world of Code Geass and they end up teaming up with the Black Knights as well as the Laserion and Zegapain characters.[14] The climax of the story has Lelouch Lamperouge, main character of Code Geass, betray Touma because he wants the power of the Imagine Breaker, and asks Touma to accompany him back to his world, the world of Code Geass, but he refuses. Seeing this, he uses the Geass on Mikoto but she is able to resist it because she has "experience to these kind of things". Lelouch then has Kallen use her mech to force Mikoto, Kuroko, and Index from returning to their world. Touma then fights Lelouch and is beaten Touma asks Lelouch why he wants the Imagine Breaker, though he doesn't say. C.C. tells Touma that it's because he wants to erase his past mistakes. Lelouch however says that he doesn't regret his mistakes, and was prepared to shoulder all the sins that come along with the Geass. Lelouch explains that he wants the Imagine Breaker to counter other Geass users. Hearing this, Touma then punches Lelouch's Zero mask, finally seeing him eye-to-eye.

In a speech, Touma mentions that though Lelouch has betrayed Index even though she helped him, he is still his friend, and that he is confident that Lelouch, who carries the burden of many lives, will not fall into despair if he's not there with him. He then says if Lelouch ever feels crushed by that burden then he need only remember the "Touma inside of him" that will punch him back to his senses. As the world crumbles, Touma and Lelouch have one final battle again, with Touma determined to break Lelouch's illusions. Touma comes out victorious, though severely damaging his mech. After the battle, Touma wants to know why he didn't just use Geass. First, Lelouch thinks that Touma might have just negated it, but then he admits that he didn't use it because he doesn't want to make the same mistake again of using Geass on a friend, harking back to his earlier flashback of using Geass on Euphemia.

As the characters go back to their respective worlds, C.C. asks if Lelouch wanted the Imagine Breaker or Kamijou Touma instead. Lelouch doesn't reply as CC guesses that Lelouch may have been after something that can support him as he moves toward the future. C.C. asks Lelouch if she and Kallen are not enough for him, but Lelouch merely laughs it off, once again proclaiming that he is Zero, and that he will continue to move forward with his own power.

In addition to the three weapons equipped to the Virtuaroid, a fourth weapon is available depending on the ability of the character piloting the Virtuaroid.[3]

As opposed to previous Virtual-On games, where the victor was decided by the amount of HP remaining if a KO wasn't achieved within the time limit, a new point system has been added, with the score determining who wins if time runs out. Additionally, certain actions within the game, such as a point-dominant player running without hitting for a certain time, can result in penalties being imposed.[5]

The game will also have online matches and coop gameplay.[8]

The story takes place in a parallel world, just after the events of the GREMLIN Arc. Each playable character has their own story that the player can complete. Each story is concurrent with one another, with the final battle occurring in Touma's story.

Some of the stages can show either daytime, evening, or nighttime. 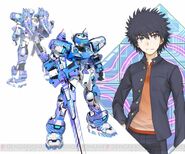 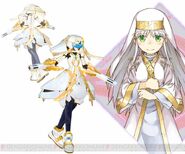 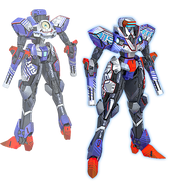 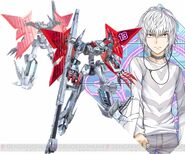 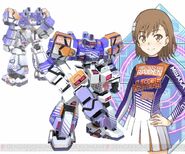 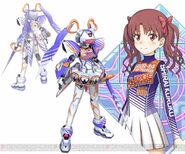 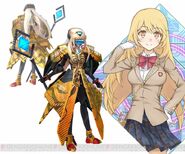 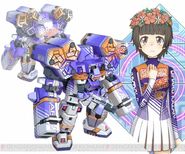 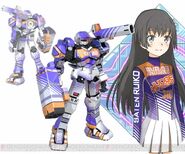 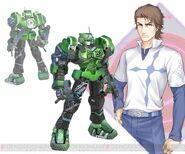 Acqua of the Back & Apharmd B 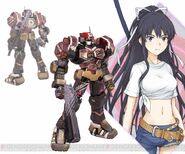 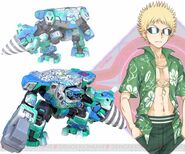 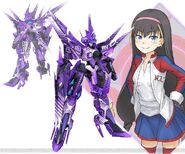 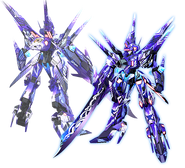