Sega's popular series "Den'nō Senki Virtual-On" and Dengeki Bunko's "Toaru Majutsu no Index" unite in a shocking tag! The first volume of the comicalization with the same title as the game that was on sale in February!

"Den'nō Senki Virtual-On", the next-generation fighting game which became rapidly popular in Academy City where you operate a gigantic Virtuaroid that appears in the actual cityscape. At the urging of the rave reviews of the game by Index, Kamijou Touma also begins to battle, however...?

A complete comicalization with comic original scenes of Dengeki Bunko's "Toaru Majutsu no Virtual-On" novel, the shocking tag between "Den'nō Senki Virtual-On" and "Toaru Majutsu no Index" which has attracted much attention. While watching out for the PS4 and PS Vita game that goes on sale on February 15th, 2018, fans from both Toaru and Virtual-On's long-awaited comic Volume 1! 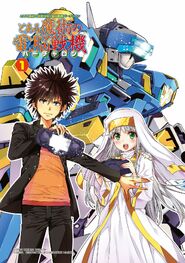 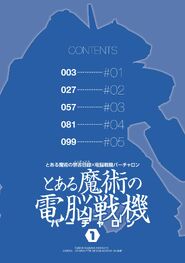