The first volume of the Toaru Nichijou no Index-san manga was released on February 22, 2014. [1]

"Science" and "Magic" is not gonna cross!?

Even if "Index-san" holds the fate of the world, she still just a normal girl. She really loves to play, and really wants to get hooked on it! It can only be seen here, one of the surprising aspects that girls are full of, a certain everyday 4-koma comedy's volume 1 has finally been released! 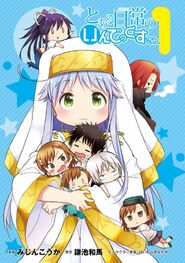 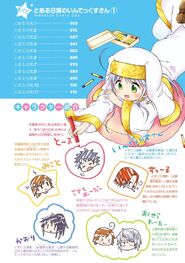 Retrieved from "https://toarumajutsunoindex.fandom.com/wiki/Toaru_Nichijou_no_Index-san_Manga_Volume_01?oldid=241521"
Community content is available under CC-BY-SA unless otherwise noted.