Toaru Majutsu no Index Wiki
Register
Don't have an account?
Sign In
Advertisement
in: Characters, Science Side Characters, Scavenger,
and 2 more
English

Imaginary Fest
Yakumaru Itsuki (薬丸医月, Yakumaru Itsuki?),[1] known as Ya-kun (ヤっくん, Ya-kun?) to her comrades, is a character introduced in Toaru Kagaku no Accelerator. She is a member of Scavenger.

Yakumaru wears a loose square neck blouse and black spats. She wears a utility belt, likely where she keeps her vials of chemicals. She also wears a large brown newsboy cap,[2] which she keeps her long brown hair in,[3] as well as to hide her attractive looks.[4]

Though a little more serious than Naru, Yakumaru still shares the same childish aspect as her comrades. Like all members of Scavenger, she does her job of killing people and destroying things without remorse or guilt, willing to eliminate those who get in the way. Moreover, she also hates teachers and believes them to be the source of evil in Academy City.[5]

According to her, she has been teammates with Leader for a long time, making her perceptive enough to know what Leader was planning after coming into contact with Misaka Mikoto, who defeated Seike earlier without being told.[3]

When Nakimoto Rizou realizes that DA has become a liability he contacts Scavenger's liaison to have them eliminate the group. The liaison wakes them up and announces to them via an intercom that they have a job to do.[6]

They are later seen again razing the entirety of DA's headquarters in sector 3's warehouse district, apparently killing many people in the process. It is Yakumaru that tells them that they should make sure to finish their job as they would not be paid if they do not do so. Seike tells her that the place they destroyed wasn't the only targets and notes a mysterious bodybag with a girl inside it that DA took with them. They later track the surviving DA down using the Predator ability.[7]

Later showing their disregard for their targets and people who get in their way, they destroy a small contingent of Anti-Skill they meet along their way. Naru later taunts the Anti-Skill that tried to contact them and later unanimously agree to finish their job as quickly as possible.[8] They arrive in great force with Naru using her ability on paper explains as bombs against both DA (and their Tarantula mobile weapon) and the Anti-Skill that were fighting near a tunnel. Yakumaru spends much of her time observing the battle. She is later saved by Seike when Hitokawa Hasami arrives with Esther Rosenthal attacks them, much to her chagrin.[9]

In the battle between Naru against Hasami, Esther, and Yomikawa Aiho, she charges Yakumaru to take care of a surviving DA member, the driver of the Tarantula. She later kills the man with her coolant but the body is destroyed by Naru and she is later lectured by the other members for not properly killing him.[5]

After Accelerator arrives, Yakumaru prepares a liquid thermite reaction in one of her spheres as part of Scavenger's combination attack. Like her teammates, she's terrified when Accelerator survives their attack and even more when they realize he's the #1 Level 5.[10] Yakumaru is the third Scavenger member to be taken out by Accelerator, who defeated her by flicking her forehead while she was trying to put some distance between them as she mixed her chemicals.[11]

Yakumaru participates in Scavenger's operation to track down the robotic doppelganger of Kuriba Ryouko, in order to improve Scavenger's situation after their previous failure. They stop to use a public bathroom inside the mall, and Naru teases Yakumaru over how long she took.[12] In the anime, this happened in their base.[13] After locating the doppelganger, they proceed to the Shinasame University DNA Map Analysis Laboratory, only to find the doppelganger gone. Yakumaru blames this on Naru wanting a popsicle, though she points out that they all got one too. However, Leader is confident that it won't escape her eye. They catch up with the doppelganger after she confronted the original Ryouko. After capturing the doppelganger, Leader sends Seike after the original Ryouko to verify that they hadn't switched places, then taunts the doppelganger over her appearance and possible desire to be a real human. In response, the doppelganger partially breaks free and grabs Leader's arm, snapping it. Fortunately, Leader is spared from having her eye plucked out when Naru attacks the doppelganger.[14][15]

Afterwards, Yakumaru notes that she would have intervened if Naru hadn't, and prepares to make a painkiller for Leader. However, the doppelgänger gets back up and demonstrates a new ability to control other materials, allowing her to incapacitate Naru. Unable to carry both of her allies away, she runs away and lures the doppelgänger into a trap. However, she ends up attacking a clone made of paper and is about to be crushed by the doppelgänger, but Naru wakes up and temporarily stops her. Yakumaru throws an explosive to slow down the doppelgänger and flees with her allies.[3][15]

They regroup some distance away. Yakumaru gives her shirt to Naru (who was naked since the doppelgänger stole her paper armour) and asks Leader what they should do now. Leader says that they need to find Seike, but at that moment Misaka Mikoto approaches and tells them that she defeated Seike. Leader attempts to persuade Mikoto into working with them, and Yakumaru understands her plan and goes along with it. Naru nearly gives away the truth, so Yakumaru gags her.[3][16]

Yakumaru and Naru are ordered by Leader to collect the unconscious Seike. Naru worries over leaving Leader alone with Mikoto, but Yakumaru thinks that she'd be more worried if Naru was still there.[17][16]

Later on, Leader orders them to evacuate the Skill Outs from an area where they are planning to redirect the doppelgänger. They complain but follow the order. Yakumaru convinces the Skill Outs to leave by pretending to be a helpless girl and claiming that there's a poison gas leak. After the evacuation is complete, they join up with the rest of Scavenger and meet with their client in a warehouse. The doppelgänger breaks in (brought here by Leader's plan) and Leader uses the threat of her to coerce the client into signing off on their job. Yakumaru and the group then flee the scene.[18][16]

However, at Leader's instruction the group returns to help Mikoto against the doppelgänger. They save the real Kuriba Ryouko, who is falling through the air.[19][20] She was with Leader when the latter explains the real nature of the doppelganger's abilities to Mikoto and Shokuhou Misaki.[20] Mikoto is able to defeat the doppelgänger, but afterwards there is another confrontation in which Ryouko is shot, so Seike and Naru (in the anime, Kuroko) take her to hospital.[21]

Afterwards, Yakumaru and the others hold a meeting on how to improve their team. Naru suggests getting a new member to make up for what they lack and Yakumaru initially thinks this is a good idea. She takes it back when she realises that Naru wants them to be like a sentai team. They then receive a call from their liaison, during which Leader convinces their liaison to return their rank to normal. They celebrate over being A rank again. Yakumaru notes that their pay will increase and so they can afford to replace their old equipment. She gathers up outdated night vision goggles and expired rations, but Leader prevents her from throwing out the Gekota communicators as she has grown to like the character.[22]

Yakumaru and the rest of Scavenger participate in a jailbreak trial, a competition to test the defences of a private juvenile hall by breaking out a fake prisoner. After they get past the exterior wall of the juvenile hall, Yakumaru is ordered by Leader to follow and secretly support Mikoto, who is also competing. As Leader explains, it's possible to win the trial by stealing the prisoner from another group, and Mikoto has good odds of getting the prisoner if she has Yakumaru's support. Yakumaru praises the plan and sets off.[23]

While tailing the group, Yakumaru sees Kuroko grinding her fist into Saten's head (to punish her for recording something embarrassing) and mistakenly thinks that they're flirting. Saten is attacked by one of the juvenile hall's security robots, so Yakumaru (still in hiding) saves her by throwing a metal-rusting chemical at her. As Mikoto's group progresses, Yakumaru continues to secretly destroy the security robots for them. She collapses in exhaustion and thinks it would be easier if she was on her own. They finally come to the prison building and Yakumaru notes that the door is so sturdy that her bombs wouldn't be able to breach it. However, it turns out that they came to the boys' building by mistake, when the target is in the girls' building.[24]

Yakumaru follows Mikoto's group to the girls' building and they enter. The group encounters the ninja Oumi Shuri, who pretends to be a helpless little girl so she can accompany them. Still in hiding, Yakumaru is suspicious of Shuri, and is also suspicious about another pair of contestants she saw earlier.[25] Shuri leaves the group after an incident involving another group of contestants. However, Mikoto's group is surrounded by security robots. Yakumaru decides to abandon them and try and finish it on her own, only to encounter more robots. However, these particular robots were reprogrammed by Mikoto to fight for her.[26] She watches them easily destroy the other robots. They then head to the cell where the fake prisoner is expected to be, only to discover that it's empty. In fact, Uiharu Kazari had already hacked the system and broken out the prisoner all on her own. The jailbreak trial ends, and Yakumaru presumably meets back up with her group.[27]

Yakumaru's ability, Mix Master (, Eki-hi Tenkan (Mikkusu Masutā)?, lit. "Liquid Ratio Conversion"),[1] can separate liquids by manipulating their specific gravity. Through this she can produce various phenomena by mixing the separated liquids.[4] This is shown in battle, where she uses various types of chemicals she carries in her utility belt. One of the chemicals she uses is a special coolant to quickly freeze an enemy, killing them when their heart and brain freezes over. This coolant is of her own make, improved from the one that Academy City uses.[5] It reaches a temperature of -269°C.[28] Yakumaru can also make a liquid thermite reaction by mixing up her chemicals in one of the baseball-like spheres she carries in her belt. These spheres can be thrown at the enemy like a projectile, and the heat of the reaction reaches 4000 degrees.[10] Other chemicals include a foam that expands to trap an enemy,[14] a painkiller, an explosive,[3] fuel for the special vehicles used by Scavenger.[18], and a chemical that only rusts metal while leaving other materials unharmed.[24]

She is also a skilled actress. By dirtying her clothes and wobbling as if injured, she can give off the appearance of vulnerability and convince others to do as she wants. For example, she is able to convince a group of Skill Outs to not only evacuate from their hideout but also to tell others to do so, by lying about a poison gas leak from a nearby factory.[18][16] 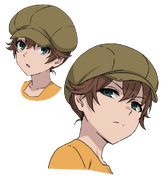 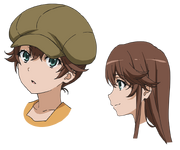